Not everyone likes to do it, in fact we are often willing to pay someone else to take care of it for us, but what is certain is that the days when ironing was an activity relegated to the role of housewives are over.
Read more to know everything about a new exciting sport… Extreme Ironing!

When the going gets tough, the tough… go ironing!

Not everyone likes to do it, in fact we are often willing to pay someone else to take care of it for us, but what is certain is that the days when ironing was an activity relegated to the role of housewives are over.

The last spot of Braun, shamelessly dedicated to the male audience, also demonstrates this. By launching the hashtag #realironman the German giant decided to make one concept clear: ironing is a men’s thing.

The video shows in epic tones how handling an iron is a demanding and satisfying activity just like a sport, and is clearly inspired by extreme ironing, an extreme discipline born in the late nineties. 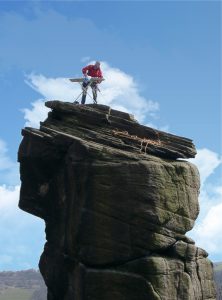 Its founder defines this curious discipline as: “An adrenaline sport that combines the thrill of extreme outdoor activities with the satisfaction of a well-ironed shirt“. It can be practiced anywhere and draws heavily from other extreme sports, such as climbing and parachuting.

The idea of turning this activity, that housewives around the world are familiar with into something exciting, came to Phil Shaw when he came home after an exhausting day and found himself faced with a pile of laundry to iron. He decided it was too boring. So he moved outside to the backyard, and when his roommate asked him what he was doing he replied: “Extreme ironing!” 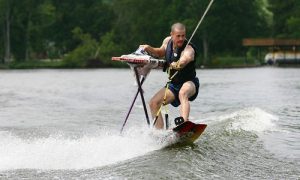 Since then, the sport has come a long way, also made famous by the documentary Extreme Ironing: Pressing for Victory aired for Channel 4 in England, and has spread throughout the world.

Today many lovers of outdoor thrills and knife-blade creases go with every means of transport to the most beautiful corners of the globe and immortalize themselves with iron and ironing board in the most extreme positions.

This is certainly a nice turning point, in the field of household chores, but we are left with only one doubt: where do they plug the power socket?

If you really don’t want to do it… don’t do it!

No doubt it’s a nice idea, but you don’t have to climb a mountain or jump out of a plane if you don’t feel like ironing.

In fact, the most practical solution is to buy clothes that do not need iron and iron board to always look impeccable. Here are two non-iron shirts, for the joy of those who, at home, fight every day with the iron!

If you are not an Extreme Ironer… have a look at our non-iron shirts!

This website uses cookies to improve your experience while you navigate through the website. Out of these, the cookies that are categorized as necessary are stored on your browser as they are essential for the working of basic functionalities of the website. We also use third-party cookies that help us analyze and understand how you use this website. These cookies will be stored in your browser only with your consent. You also have the option to opt-out of these cookies. But opting out of some of these cookies may affect your browsing experience.
Necessary Always Enabled
Necessary cookies are absolutely essential for the website to function properly. This category only includes cookies that ensures basic functionalities and security features of the website. These cookies do not store any personal information.
Non-necessary
Any cookies that may not be particularly necessary for the website to function and is used specifically to collect user personal data via analytics, ads, other embedded contents are termed as non-necessary cookies. It is mandatory to procure user consent prior to running these cookies on your website.
SAVE & ACCEPT